See what we are building and why!

The freelance economy is broken. Freelancers are deprived of their essential rights and companies can’t marshal the creative, high-efficiency workforces they need to compete in the 21st century. We created Grindery.io to change that.

Hello world! You may have not heard much about us yet — we’re a new software company based, like most new distributed startups, out of everywhere. Over the last 20 years, our founding team built several startups. Some crashed, some sold, some are still around — and over the last four years, we grew InboundLabs from a three-person team into a global agency and top HubSpot partner with subsidiaries in the US, Germany, and Latin America.

Just last month we started actively working on Grindery.io, and today, we’re happy to announce that we’ve not only completed the creation of the company but also generated revenue in our very first month of customer discovery.

We want to thank our past investors for their support — as well as our most senior InboundLabs team members, including Lital Barkan, Alberto Contreras, and David Macias, who have stepped up to take leadership of individual subsidiary agencies, as Christian Hindemith did before them in Germany. I’m happy to say that many of our most trusted InboundLabs team members are becoming investors in the first funding round, making it a real grassroots venture. We would not be able to build Grindery without you.

When we decided to incorporate the company, Grindery really wasn’t much more than an ambition. For years we had experienced firsthand the tectonic shift the Internet had caused in the labor market. We leveraged this shift to grow an elastic network of freelancers to build and manage highly effective, ad-hoc teams. Our approach allowed us to gain and keep our personal freedom to work when, where, and as much as the teams desired, while creating a sense of continuity and “family,” similar to what we imagine one might find in a traditional career in a company.

Today, many of us still hustle through the daily challenges of collaborating online, growing agencies, and making ends meet. And it’s because of this hustle that we not only learned about the fantastic upsides of freelance work, but discovered deep cracks in its DNA.

The Gig Economy has a dark side

For many of us who made the leap to join the gig economy, the early excitement has given space to a rather sad realization: Freelancers have mostly been disenfranchised. We’ve become second class citizens. Uber drivers earn half of what they made a few years back. Insta-shoppers strike. Upworkers go on rampages. The majority of freelancers has at some point not been paid. Even our own company has, at times stalled payments when cash flow got tight. Shit happens! Freelancers have lost (or given up!) basic first world human rights including job security, insurance, and benefits. No matter the cause, freelancing has increasingly come to be a temporary occupation instead of a dream-come-true. Twenty-year-olds may see “gigs” as a career choice, but when you’re a 42-year-old with kids, you see freelancing increasingly as what is: a series of dull, meaningless gigs in digital sweatshops with omnipresent surveillance that allows for unilateral exploitation. 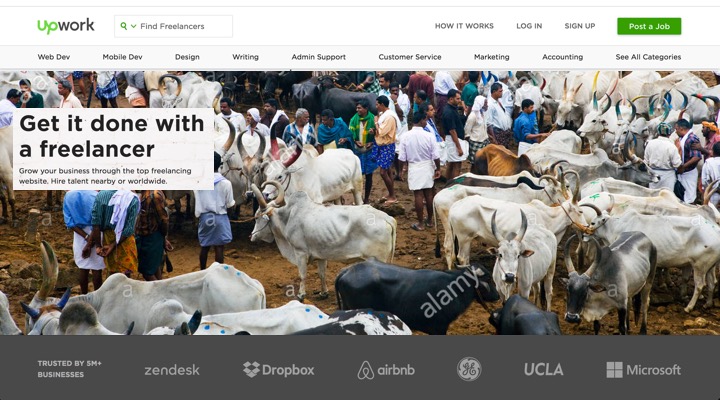 Increasingly it seems workers are simply a surplus commodity. This works to the advantage of companies in the short term when they require fast, packaged deliverables by a single worker (e.g. implement a landing page), but hardly allows companies to build the kind of committed, competitive workforces they need to succeed in the global economy over the long term. Simply put, for companies, attracting, vetting, managing, and retaining teams of freelancers is increasingly comparable to herding cats.

A protocol with a handicap

Human Resource professionals perceive workers as a sum of their skills, experiences, and network; the same cannot be said of the way the Gig Economy operates. The Gig Economy assumes people are simply a sum of their tasks. It does not assign value to connections, commitments, and continuity, all of which play a fundamental role in creative processes, interdisciplinary work, and ultimately team success. This foundational approach to using freelance talent drives commoditization of work and workers while inhibiting companies to take full advantage of the potential of their future workforce. Sad to say, it is the freelance marketplaces that are themselves the agents and amplifiers of this trend — a de facto combination of the century-old model of “job boards” combined with the digital protocol of reverse auctions. Somehow the freelance market has come to look like a cattle market where the animals are selling themselves by the kilo.

Fifteen years ago, LinkedIn became the first company to disrupt the established job board model. LinkedIn recognized the Internet for what it was: a network that allowed people to connect bi-directionally, to find each other instead of simply applying to job ads. Its stated mission was and still is to help you find and contact the people you need through the people you already trust. However, in the freelance space, LinkedIn’s ProFinder is a laggard. LinkedIn simply follows market leaders such as Upwork and Freelancer.com: it is an awkward mix of LinkedIn’s once-disruptive network approach with the bad doctrine of reverse bidding. LinkedIn is not fundamentally different from any other freelance marketplace and because of that become part of the problem, not the solution.

LinkedIn for the Freelance generation

We don’t need a “LinkedIn for Freelancers,” LinkedIn already does that. But we do need a way that connects freelancers to customers and vice versa. Just as LinkedIn connected you to the people you trust for traditional employment opportunities, we need a LinkedIn for the freelance generation, the future workforce. This requires an entirely new business model.

For many years companies such as crowdstaffing.com, Visage, and Reflik have used crowdsourcing to successfully compete in the traditional staffing industry. The model is simple: Intermediaries (recruiters) recommend candidates to companies and get rewarded for successful hires. A similar approach can be used for freelancers.Rewarding freelancers for successful introductions can eliminate the bidding by on one side and a lengthy, painful and often failing vetting process on the other. It can radically change the user experience for all stakeholders. Think about it: Is there any better way to find a developer than asking a trusted designer to recommend a trusted developer? Maybe instead of the marketplace taking a 20% commission, the fee could go to directly reward the designer? We are convinced this model could cause a network effect that can propagate a freelance network rapidly and increase its value exponentially with every new participant. 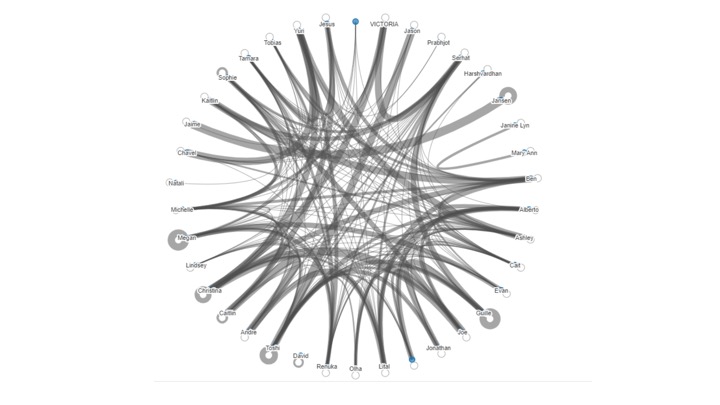 After a long search, we began to see that blockchain technology can play a vital role to make this protocol a reality. Blockchain allows us to design trusted incentive structures that make people behave differently down to an atomic, click-level. We’re not the only ones with the idea to use blockchain to disrupt the freelance market. In the last 18 months, we’ve seen a dozen blockchain based Upwork competitors pop up, including dream.ac, canya.com and ethlance.com. However, none of them changes the actual protocol. In the end, they contribute to the same commoditization of work, just with a lower commission.

We are actively researching and experimenting how blockchain technology will become part of the equation. It’s not the solution by itself but rather means to an end. This end will also require new ways of finding people based on their skills as well as a new graph. Facebook’s Social Graph might be great for photo sharing, LinkedIn’s Economic Graph to find employment and AngelList’s graph to raise VC money. We need a graph that reflects its participants in the fluid and temporary nature of the freelance economy.

However, and most importantly, we need to empower us, the new generation of workers. It’s not just about finding us “gigs”. It’s about giving us opportunities. This means finding solutions to common challenges including health insurance, benefits and mortgage. It’s about giving us access to a long-term perspective and upside. It’s about recognizing us rather as entrepreneurs than simple Taskrabbits. And this is what we set out to achieve.

We’re still at an early stage of this journey, to build the right platform, product, and protocol for freelancers. We are rethinking how companies, people, and teams find each other, connect, collaborate, communicate, and engage in contracts. We set out to investigate how new technologies can make this happen in better ways. We set out to get the resources needed to bring the knowledge and technology together. We are developing an ambitious vision of an open platform that will radically transform the freelance market, change the ruling paradigm and improve the lives of people that participate in it.

Hi there! You have a great website! Can you help me to create something similar for my essay on time service? I think you have some experience for that.